Is the Mark Cuban Cost Plus Drug Company the Answer to Rising Drug Costs?

Mark Cuban, of Shark Tank and Dallas Mavericks ownership fame, is the most recent entry into the “squeeze-the-margin-out-of-pharmacy” game. In October he launched The Mark Cuban Cost Plus Drug Company (MCCPDC), a pharmacy benefit manager. This month the online pharmacy launched with a promise of only a 15% flat margin and pharmacist fee on 100 generic drugs. Cuban isn’t the first billionaire to try to solve the challenges of drug pricing. Amazon acquired PillPack in 2018 and announced its entry into retail pharmacy. Long before that, Walmart launched a $4 generic drug price in 2006. Tools like oneRx and GoodRx provide consumers with the ability to price compare the cost of medicines with or without insurance.

Pharmacy cost can constitute 20% or more of employer healthcare spend and the rate of inflation for retail pricing has soared far past overall inflation indexing.

And with high-deductible plans becoming prevalent, high retail drug cost is hitting consumers hard in the pocketbook. Recently I had an email exchange with a client who purchased Taltz, which treats psoriasis. Since it was his first purchase in the plan year, the pharmacy asked him for $3,020 for the script. His employer’s health savings account (HSA) plan has a $3,000 deductible (which applies to drugs), and his copay for preferred brand drugs is $20. So, the $3,020 charge was correct. Of course, future fills will only be $20, but this was an eye-opener. I pointed him to oneRx and the internet to get a better handle on his costs. [Not the point of this writing – but I have previously written about couponing, and with a quick search of the internet, I found that the manufacturer for Taltz makes cost subsidization available so the drug can be very affordable to consumers.]

The pharmacy supply chain is complex, some might even say dysfunctional.

With multiple middlemen (PBMs, wholesalers, pharmacies) and rebates, a drug’s “real” price is rarely straightforward when insurance is involved. Mark Cuban and many others are going after PBMs, but frankly, the solution isn’t as simple as an online pharmacy or drug coupon. These solutions are often outside health plan accumulators (deductibles and out-of-pocket maximums). So while they reduce the sticker shock at the pharmacy counter, they don’t help plan members reach the accumulators included in their health insurance contract. What’s more, three PBMs (CVS, Express Scripts, OptumRx) manage nearly 80% of all US prescriptions giving them significant purchasing power. It’s difficult for any new entrant to compete on price.

The pharmacy industry is complex, and while solutions exist, it’s rarely a simple answer.

For this reason, we are incredibly excited about Pharmaceutical Strategies Group (PSG), our EPIC pharmacy solution. Many people may feel that Mark Cuban is the answer, but I am confident (as an avid watcher of Shark Tank) that Mr. Cuban is also in it for the money. EPIC and PSG are in it for you. We understand all the nuances and maneuvering surrounding pharmacy pricing. We will get your company the best pharmacy pricing for you and your employees – not just the best newspaper headlines.

EPIC offers these opinions for general information only. EPIC does not intend this material to be, nor may any person receiving this information construe or rely on this material as, tax or legal advice. The matters addressed in this article and any related discussions or correspondence should be reviewed and discussed with legal counsel prior to acting or relying on these materials.

THE 2022 COMPLIANCE WEBINAR SERIES IS HERE! 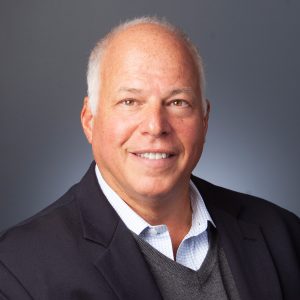 EPIC State of the Market Report 2023

Our Actuarial Team provides guidance on employee benefits and health and welfare programs to help meet ...